Jennifer's Run-Scan to Save for Brain Aneurysm Awareness 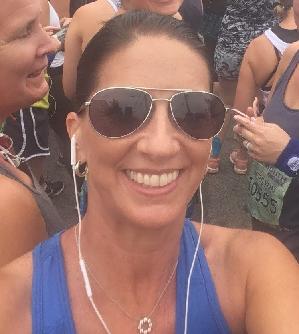 Hi everyone, As many of you know, I am raising awareness and funds for the Brain Aneurysm Foundation by running the Falmouth Road Race on August 21, 2022. The Brain Aneurysm Foundation (BAF), is globally recognized leader in brain aneurysm awareness, education, support, advocacy, and research funding. Since 2007, the BAF has awarded over $4 million in research funding.

It is estimated that up to 1 in 50 people in the U.S. will develop a brain aneurysm during their lifetime. Brain aneurysms are a silent killer because they often present with no prior symptoms or whose symptoms are often ignored or misdiagnosed. The statistics after a brain aneurysm ruptures, are grim: of the 30,000 people that suffer a rupture each year, almost half of the victims will die and of those surviving, only a third will recover without disabilities. While the vast majority of brain aneurysms occur in adults over 40, they can also strike children and young adults, often resulting in death.

With your support, we can continue to help fight the devastation caused by brain aneurysms and save lives right here in our community. Thank you in advance for your consideration and contribution to this special event, in an attempt to raise awareness of the devastating disease.

Your login information was incorrect. Please try again or click here to have your information emailed to you.