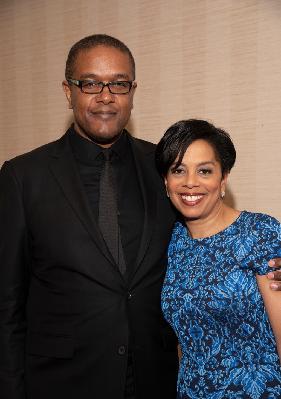 We are participating in the Stop the Pop Campaign...to help raise awareness and increase research funding for brain aneurysms.

Imagine doing a gentle yoga pose and suddenly being jolted by the worst sensation you have ever felt in the back of your head. That happened to me on September 21, 2016.

My husband, Christopher Farley, and I didn't realize it at the time, but that was when a little "balloon" in my head had popped. An aneurysm ruptured in my brain, causing a hemorrhagic stroke. It nearly took my life.

My great-grandfather, grandfather and aunt died of brain hemorrhages. I never considered that my family history meant that I was at greater risk of facing this condition too. I want to help to ensure that my children, relatives, and millions of others have access to the best procedures for early detection and innovative treatments.

The Sharon Epperson Chair of Research was established to help raise awareness and increase funding for research about brain aneurysms. This annual grant from the Brain Aneurysm Foundation will provide at least $10,000 to a recipient for one year of research on early detection, improved treatments and technological advances that will save lives and improve the lives of patients with brain aneurysms.

Join us in the Stop the Pop campaign to raise awareness and funding for brain aneurysm research!